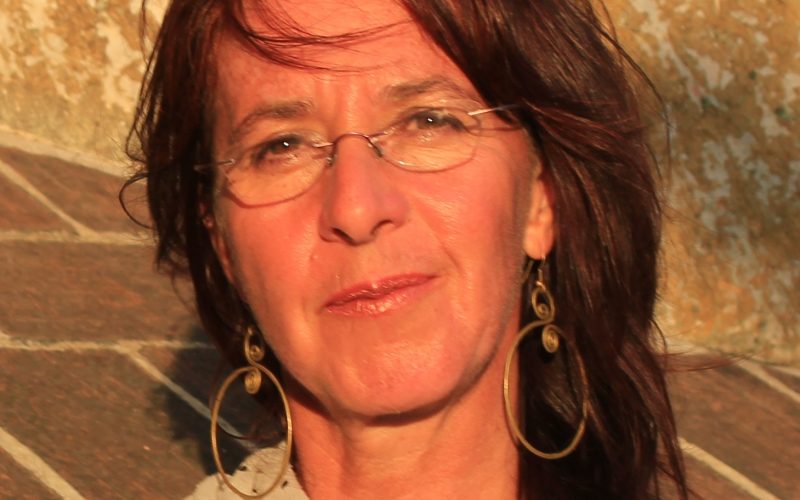 For 15 years, I have traveled to almost every continent. While traveling the earth, I observed the great wealth of human diversity. I discovered that beyond the barriers of language and culture, there is a universal language. Which speaks without borders or censorship, which expresses a deep and living truth beyond words. Who communicates an inner reality.

I draw my inspiration from a desire for dialogue, a face to face that relates to silence. I explore this reality in a language beyond words. I probe spaces to discover a hidden truth. It is in the timeless that the mystery of the image comes to life and that a presence is revealed. Dive into this universe where everything conspires to unite us in the depth of the feeling to communicate to us, to evoke us, to share us, to transmit us. Where the “I” and the “you” are indefinitely inseparable in a language without words.

I highlight a truth that I perceive of something that exists or is to be manifested. My characters have their own stories, which express a truth animated by an internal experience. Because to find myself, I took the risk of getting lost through them …

My paintings are a staging that invites us to live the experience of a truth felt, a revelation of being by this part of unfathomable which emanates from the surface, and is focused in a dialectic of the crossed glances of the spectator and the model…. Since standing in front of them means finding yourself, observing the invisible until the truth is suddenly revealed in their eyes.

I invite the spectator to become an actor and continue the suggested painting by creating its own interior painting. To experiment with his creation where his own lines of tension are played out … and if he wants, become in turn the spectator of his own painting.

The use of a large format allows me to amplify the presence of the character.

The main theme of my paintings is always centered on feelings embodied by a character. In an intimate atmosphere, he is represented in an observant attitude, central element of the painting by which the spectator has the impression of coming into contact with the character who observes him.

By applying contrasting colors and using converging lines, the character dominates the picture.

The volumes of the face are obtained by the play of acrylic with graphite.

The application in sequential layers of small touches of pink shades of paint imposes a rhythmic gesture on the lyrical lines of the graphite pencil. This treatment gives the character the illusion of diaphanous skin. In this is represented the ethereal side of the human.

I evoke the subtle nature of the human being constantly confronted by the rigid structure of matter, obtained by the marouflage of metallic sheets, because our human reality is made up of contrasts.

Can we perceive subtle truths before experiencing them? …

Many truths are only felt in the trials of our opposites beyond which the canvas allows us to perceive a higher harmony. 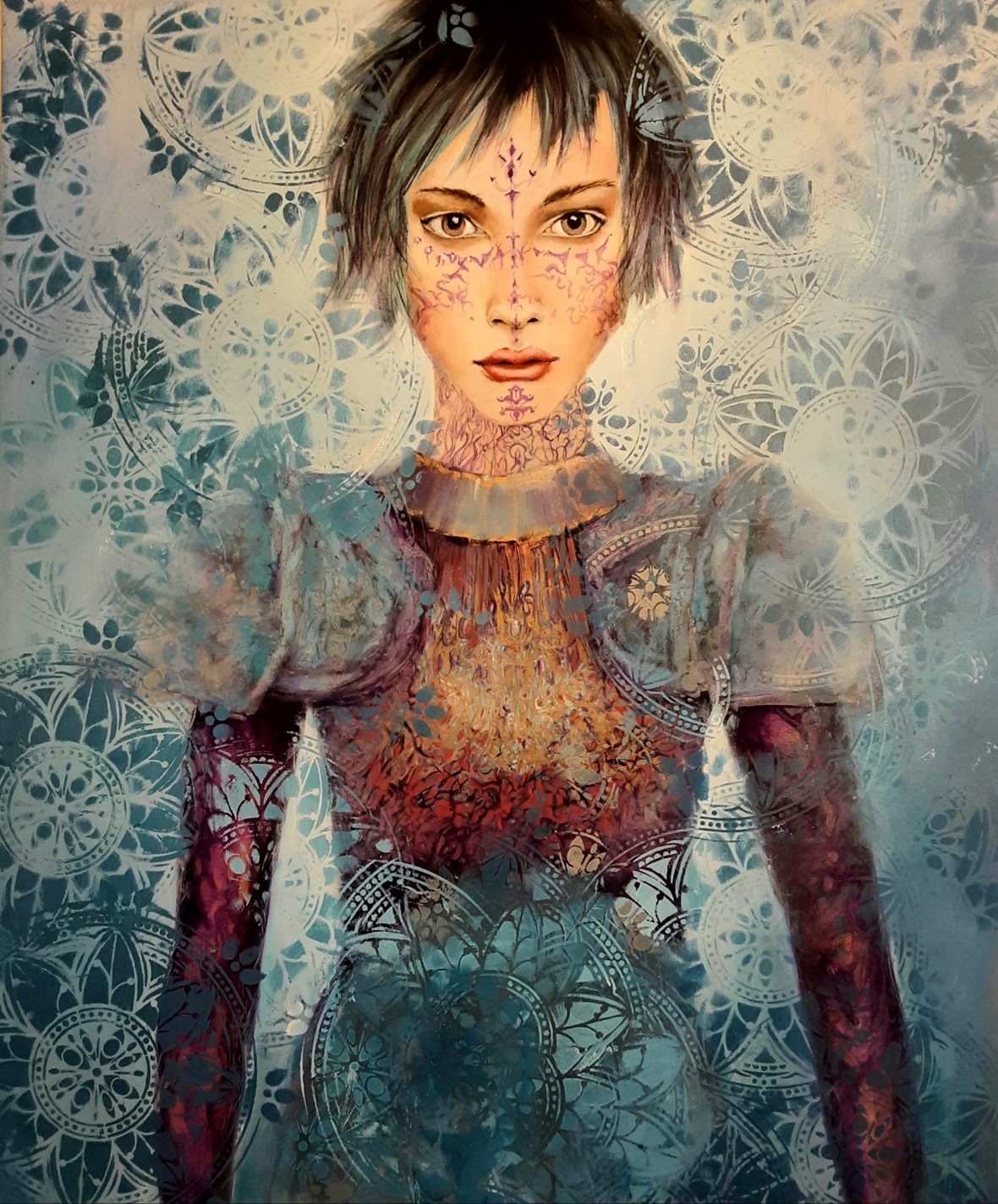 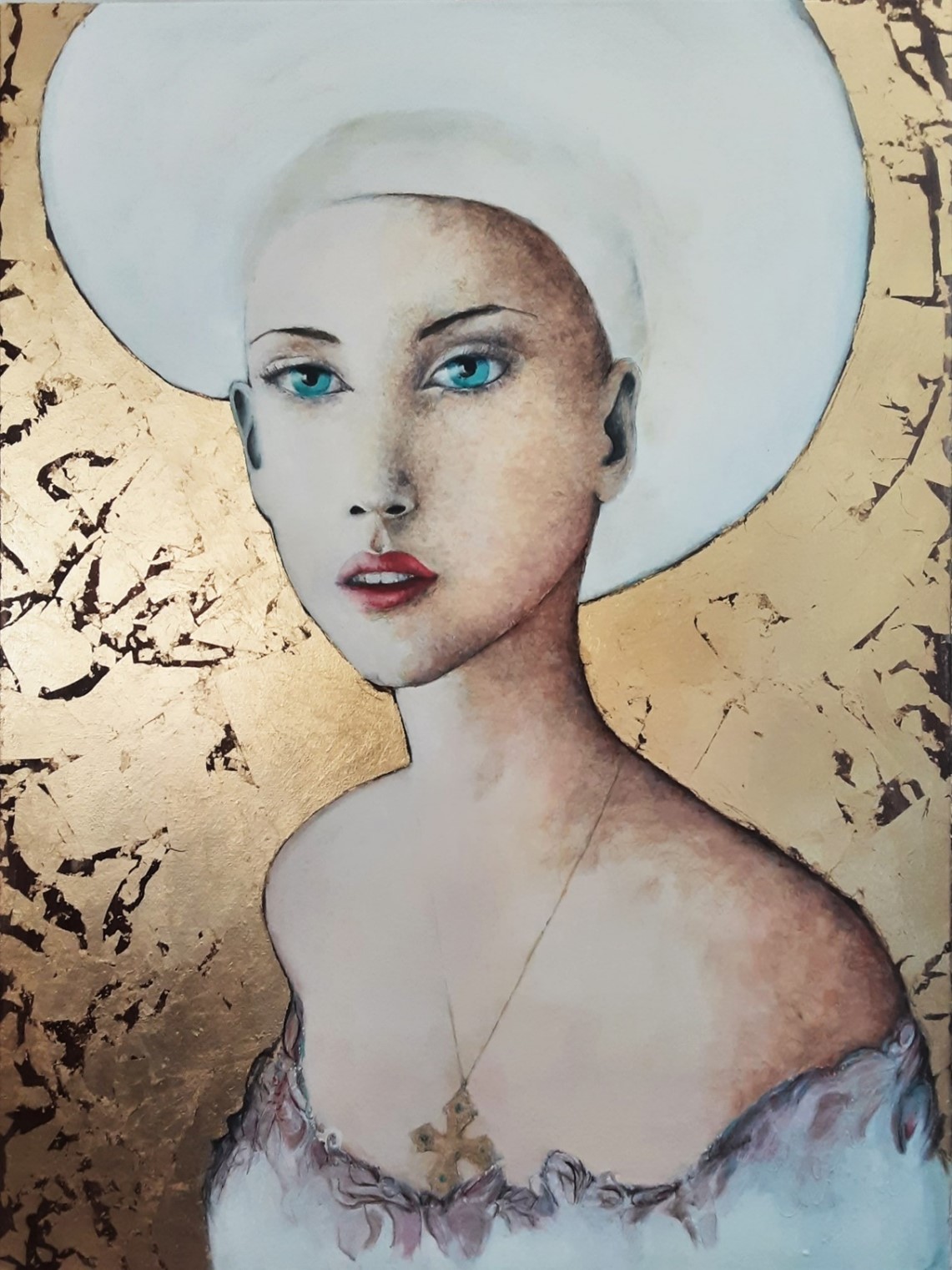 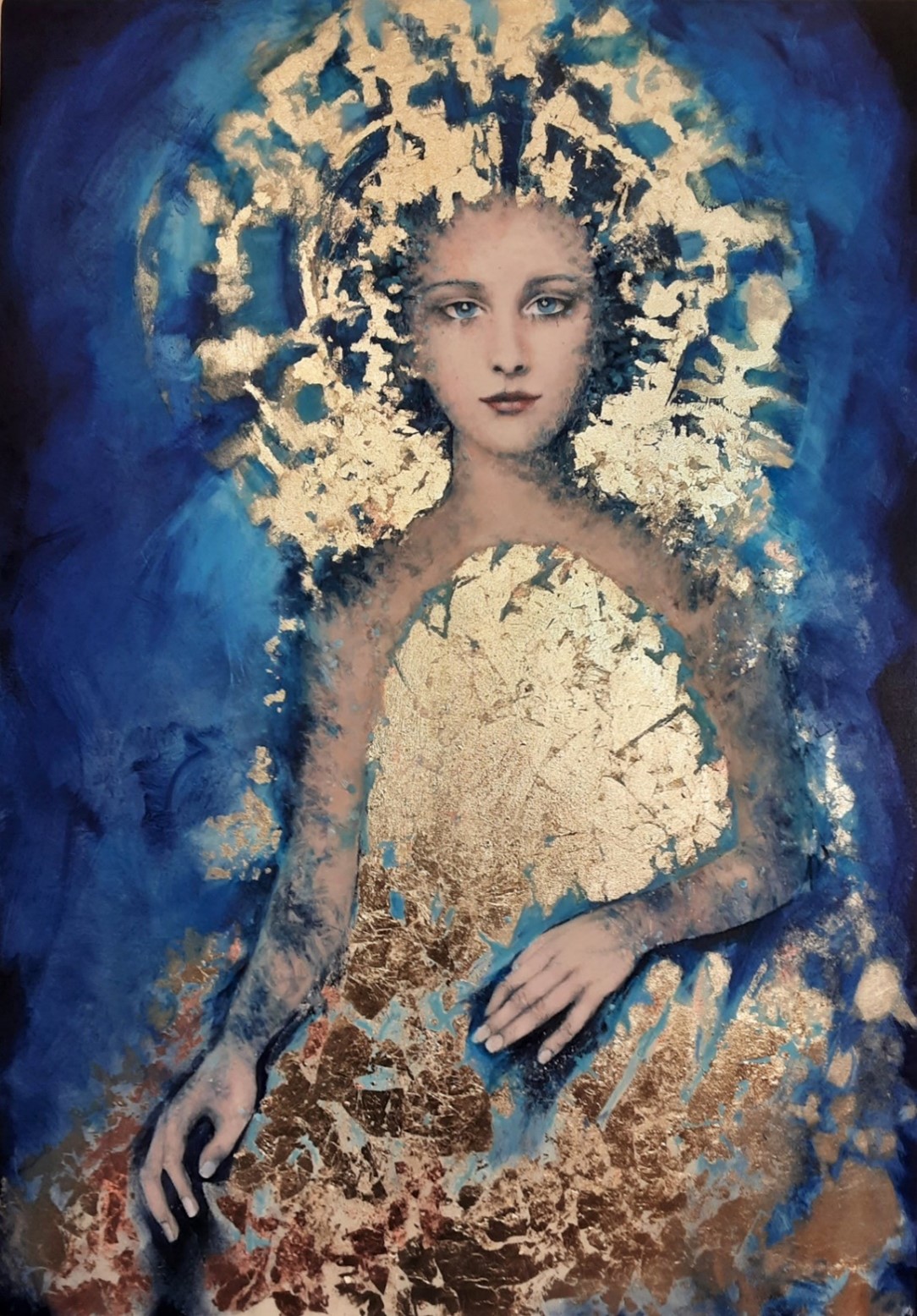 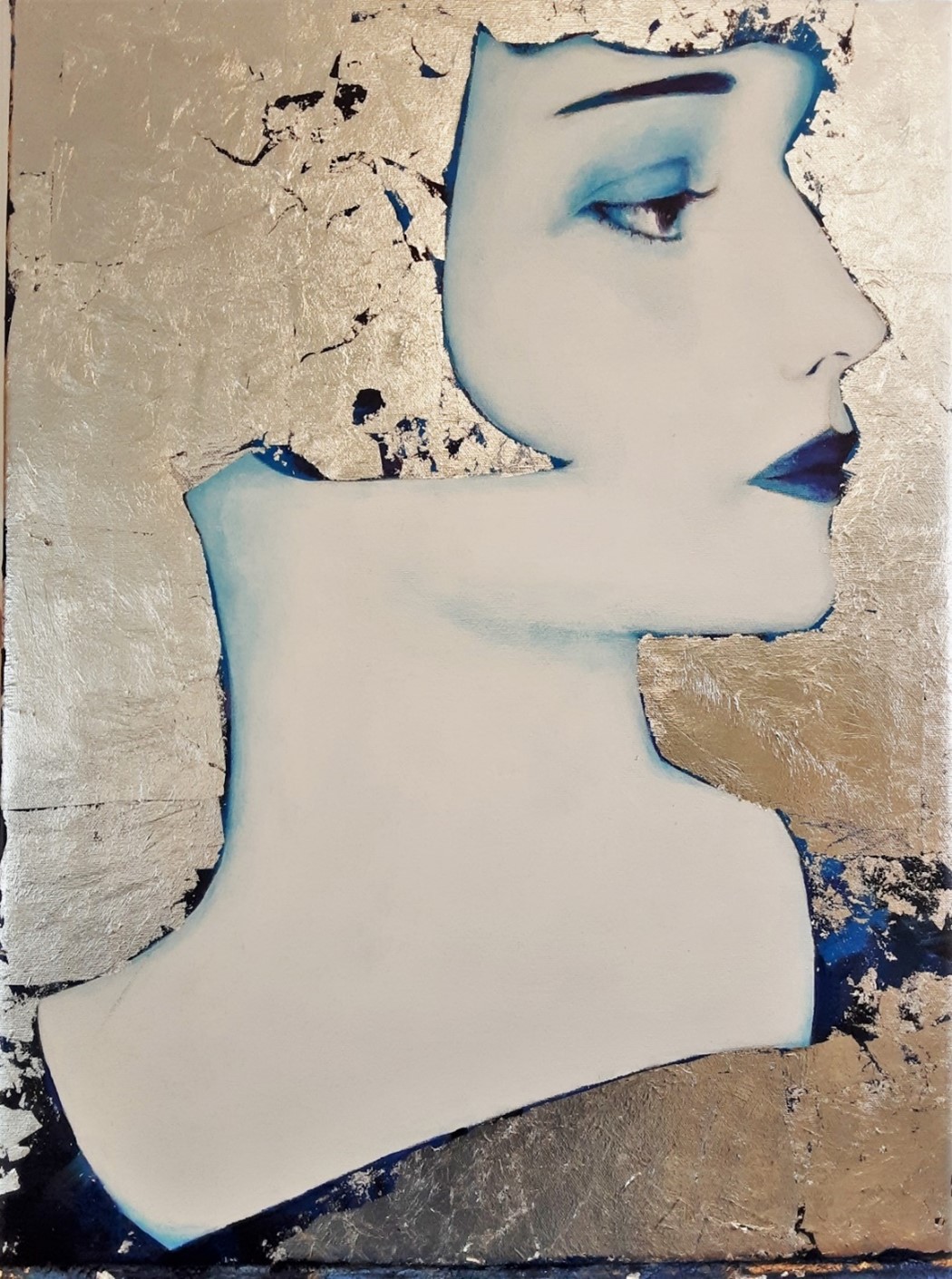 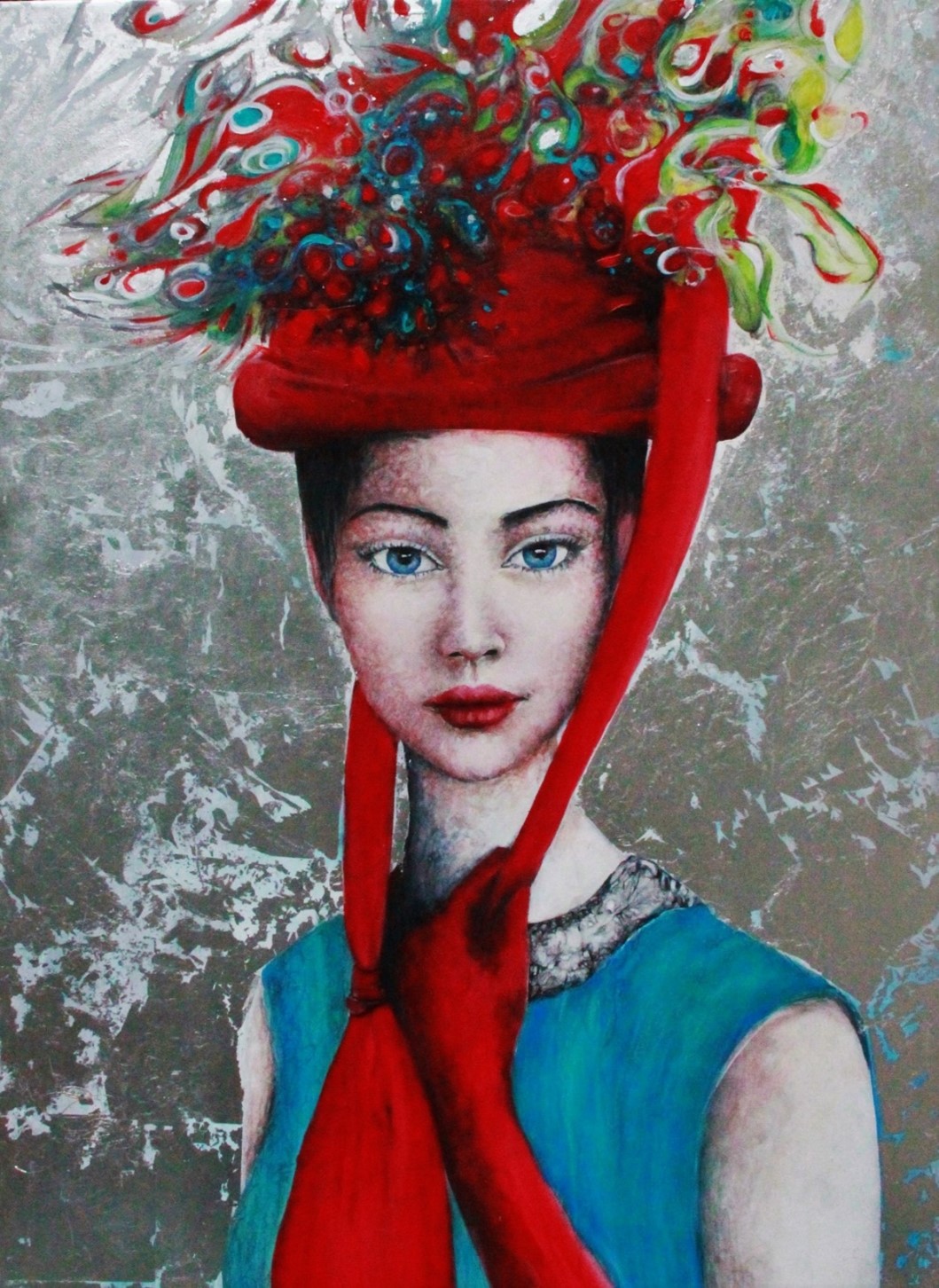 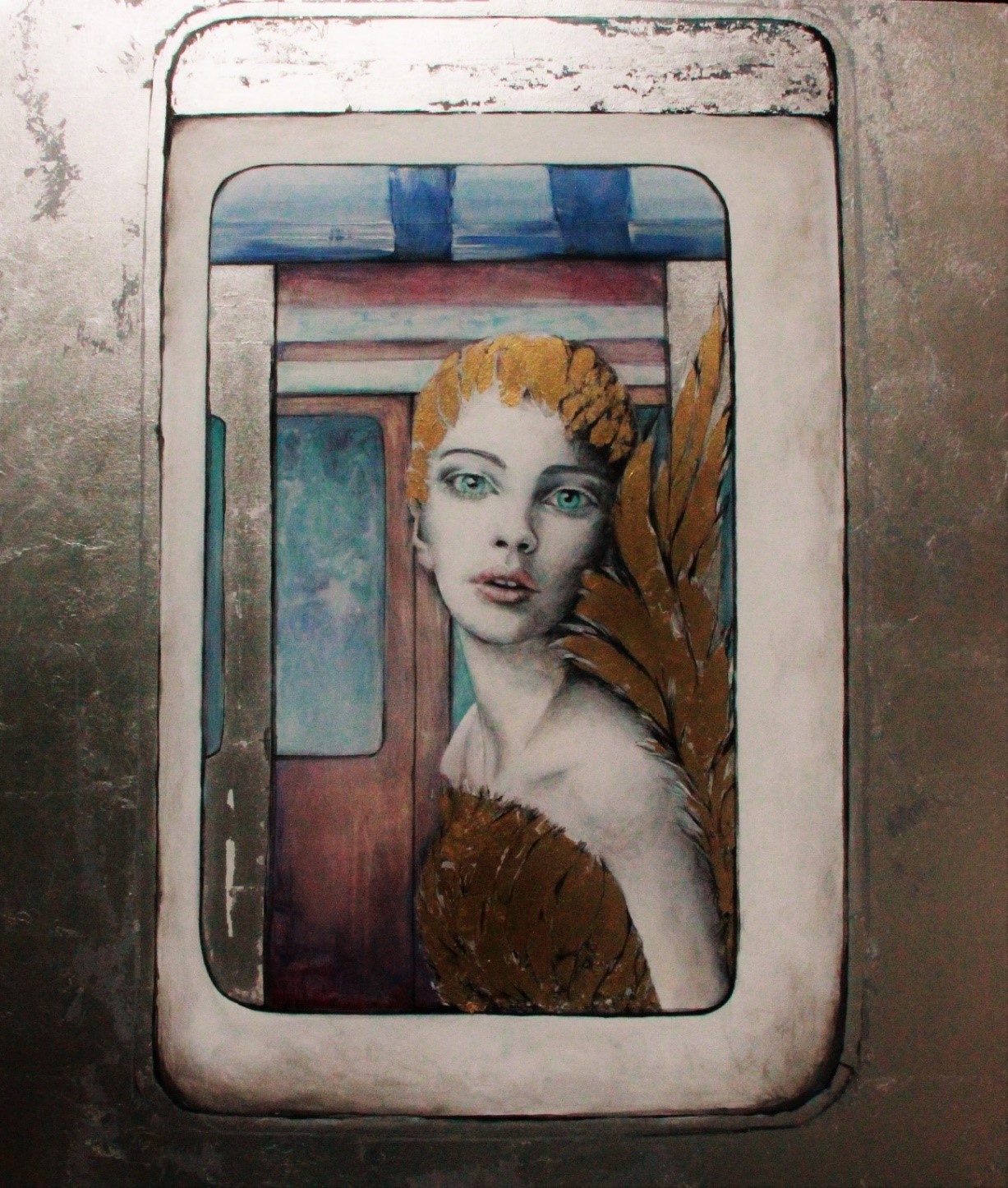 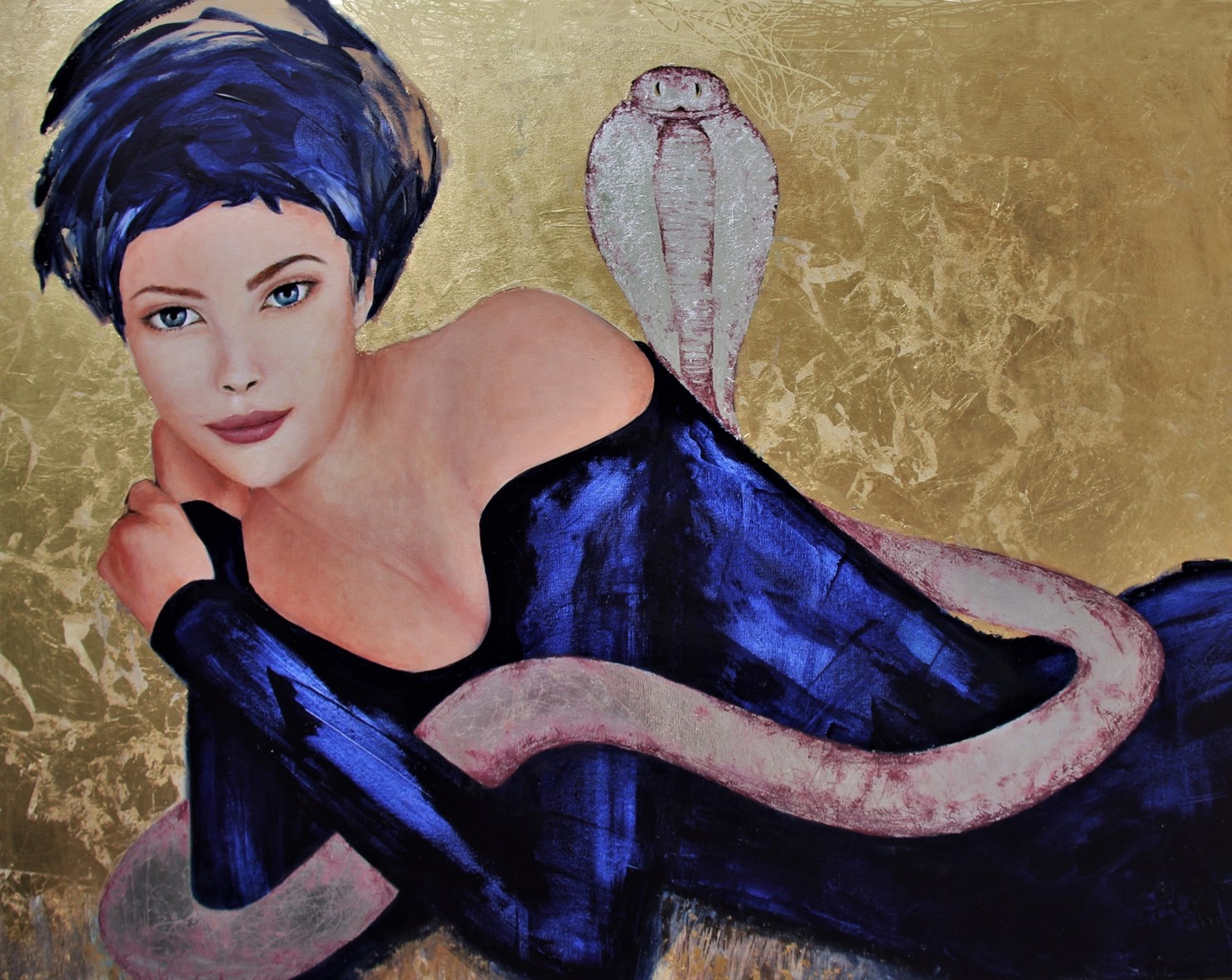 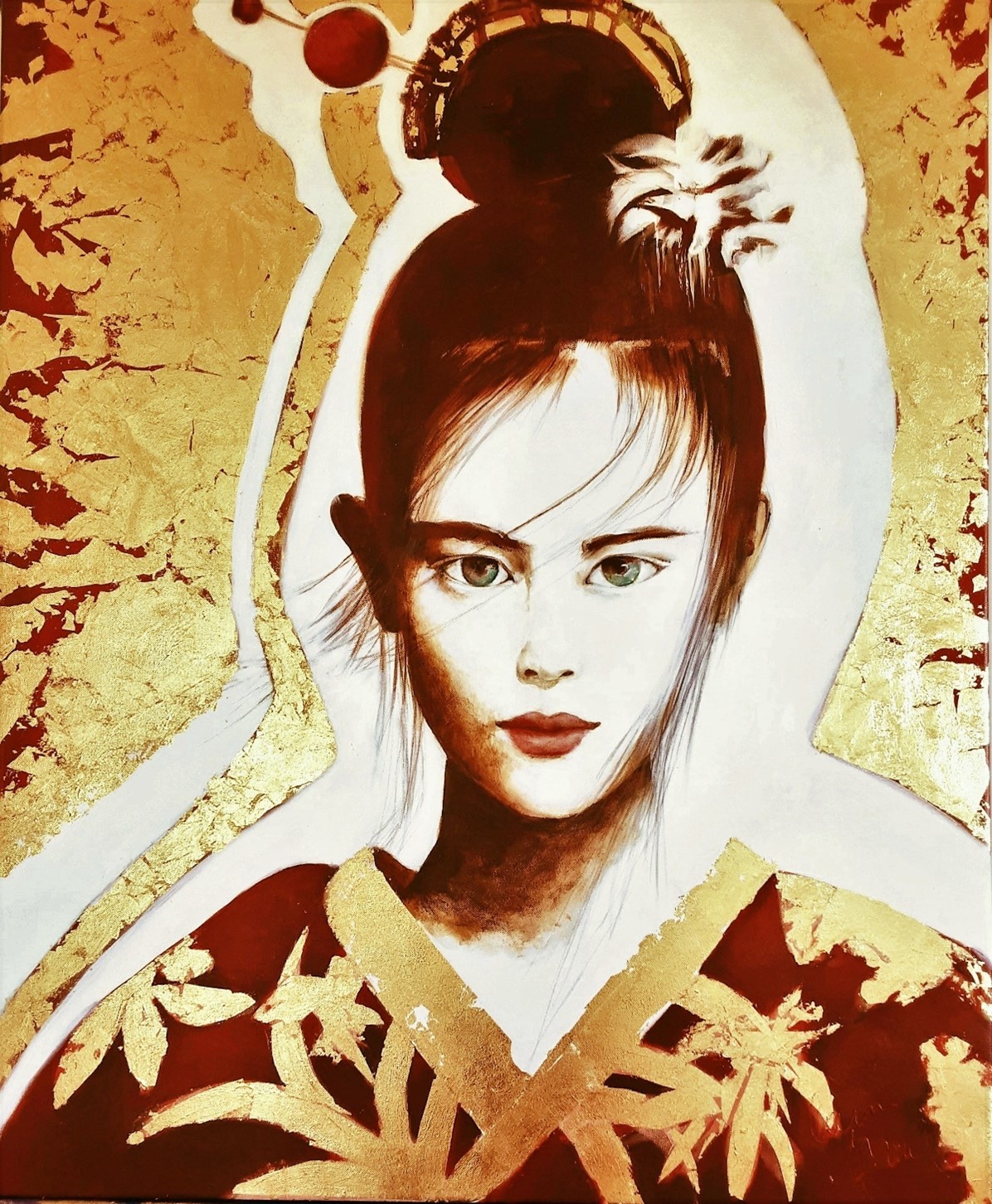