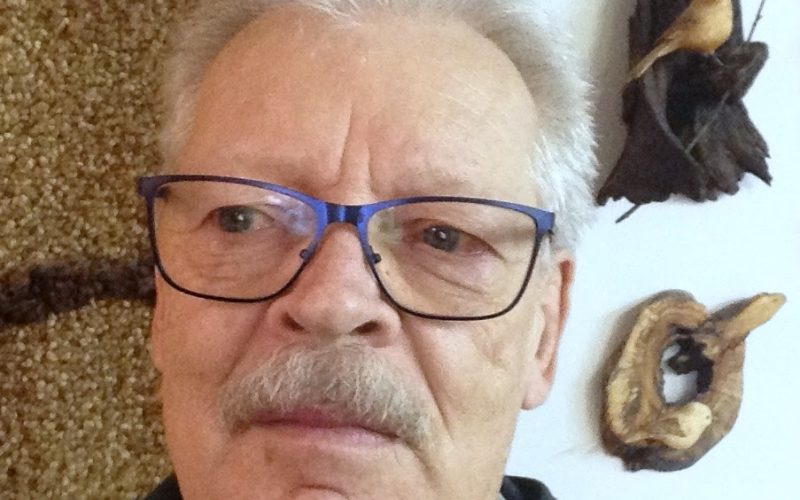 Gervais Tardif second in a family of twelve children, Gervais Tardif was born in St-Méthode on October 5, 1946. From his childhood spent on a farm, he retains a marked taste for nature and tranquility. In 1998, he retired early, left Montreal and settled in the countryside on the shores of a lake in the Township of Orford.

In his new spare time, an affinity for the arts prompted him to explore different artistic avenues including sculpture. His meeting with a bird sculptor confirmed his choice and he enrolled in a few courses that enabled him to acquire the basics of sculpture and animal painting. This activity quickly became a passion that has not since declined.

His realistic sculptures of birds of the region are made from lime wood, carved with the aid of rotary sanding tools and are completed with pyrography to increase the effect of realism of the plumage. The birds are then painted realistically with acrylic.

A new facet of this animal art now allows him greater latitude by presenting birds more or less fictitious realistically, carved but presented without paint by relying on pyrography to accentuate the effect of plumage. His pieces are mounted on branches with natural artistic forms that represent the birds in their habitat. These mounts may be wall or table pieces. 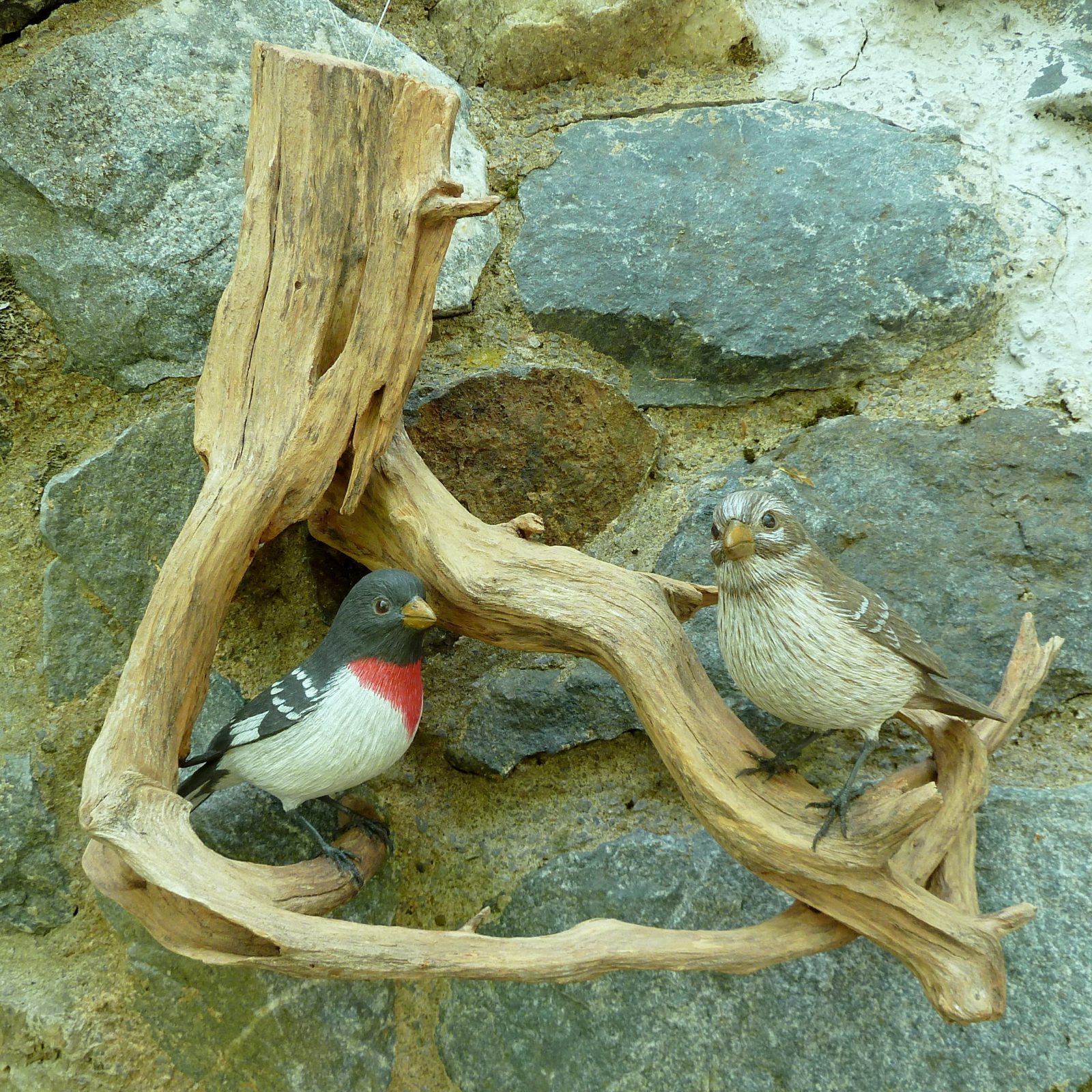 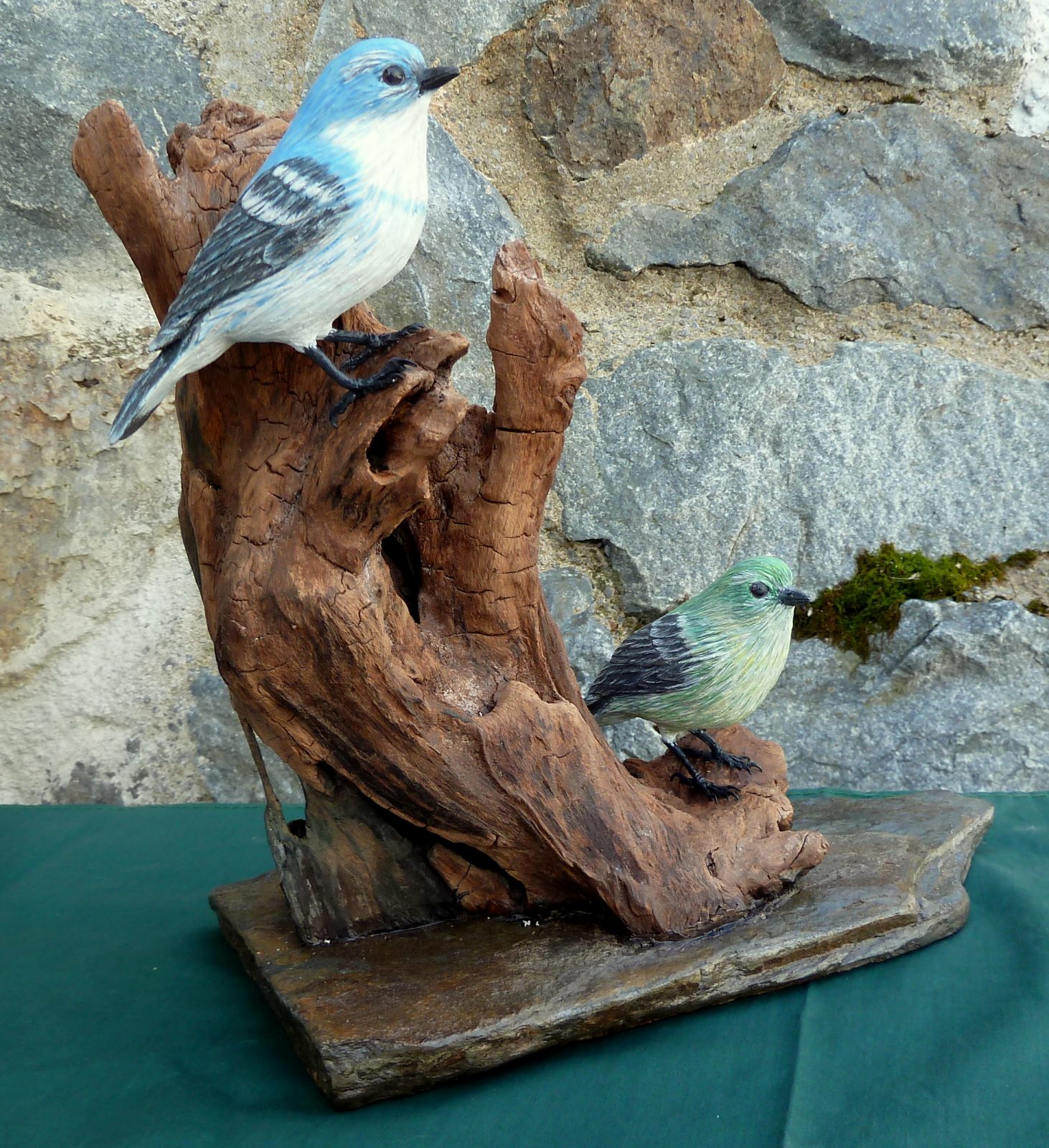 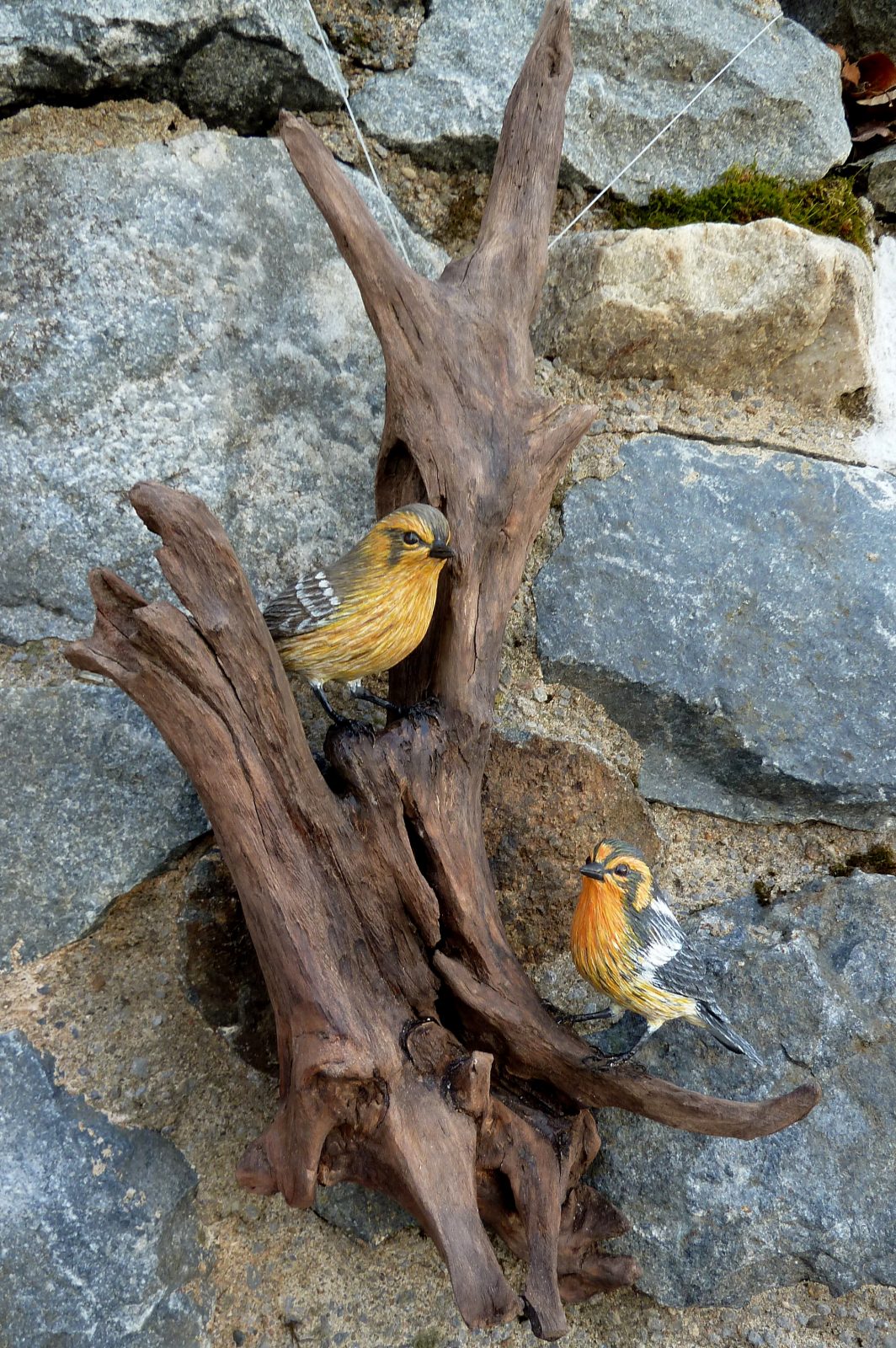 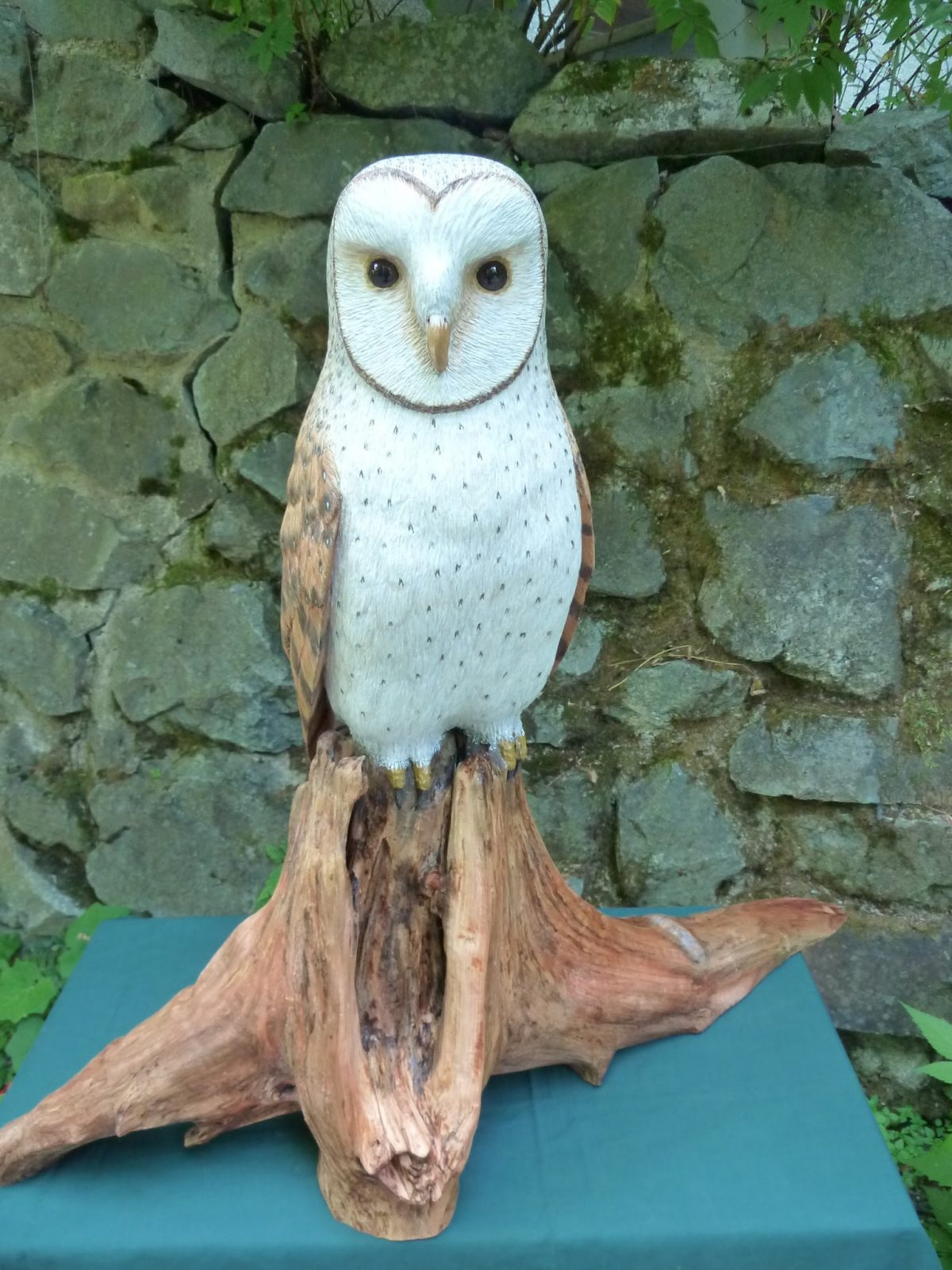 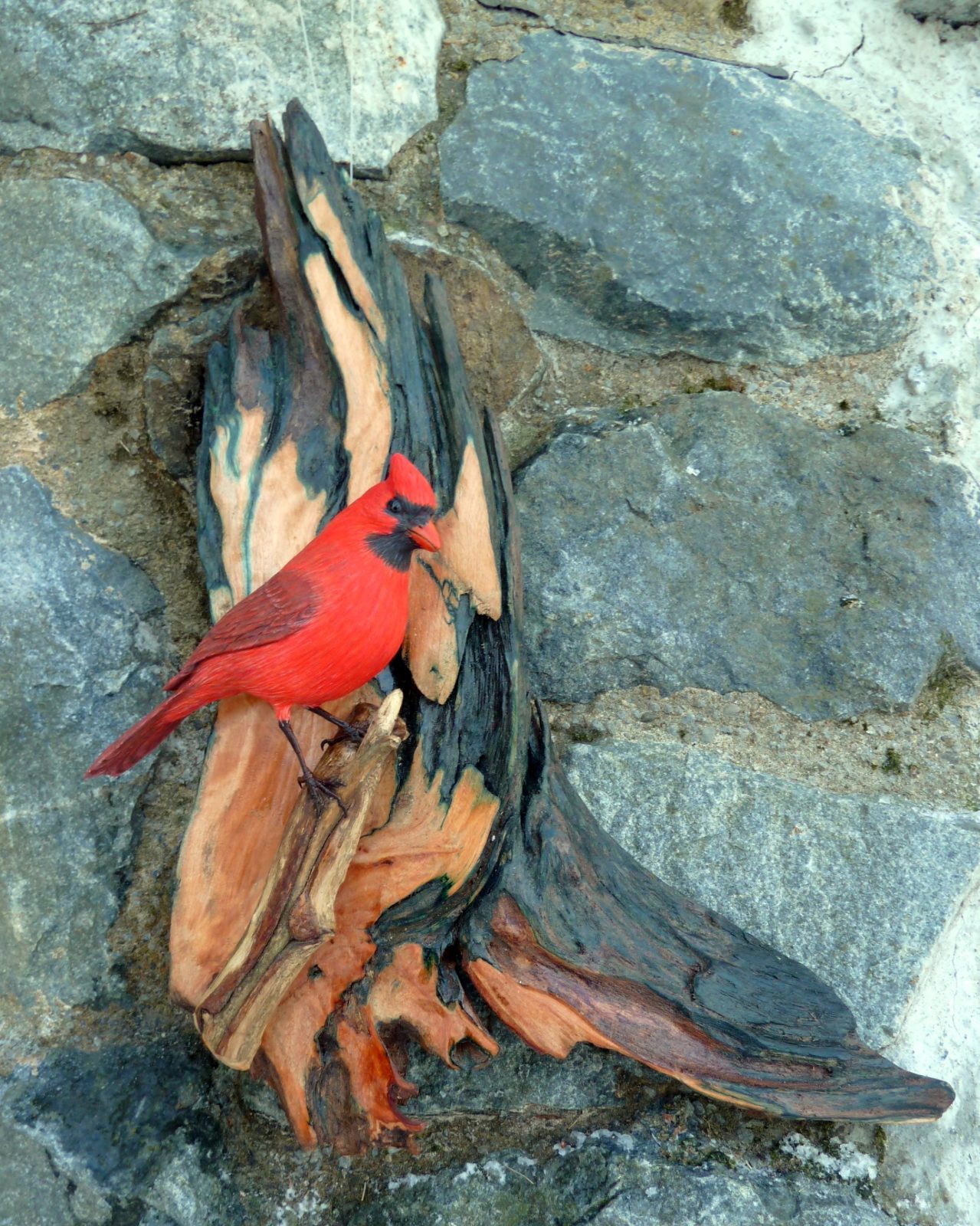 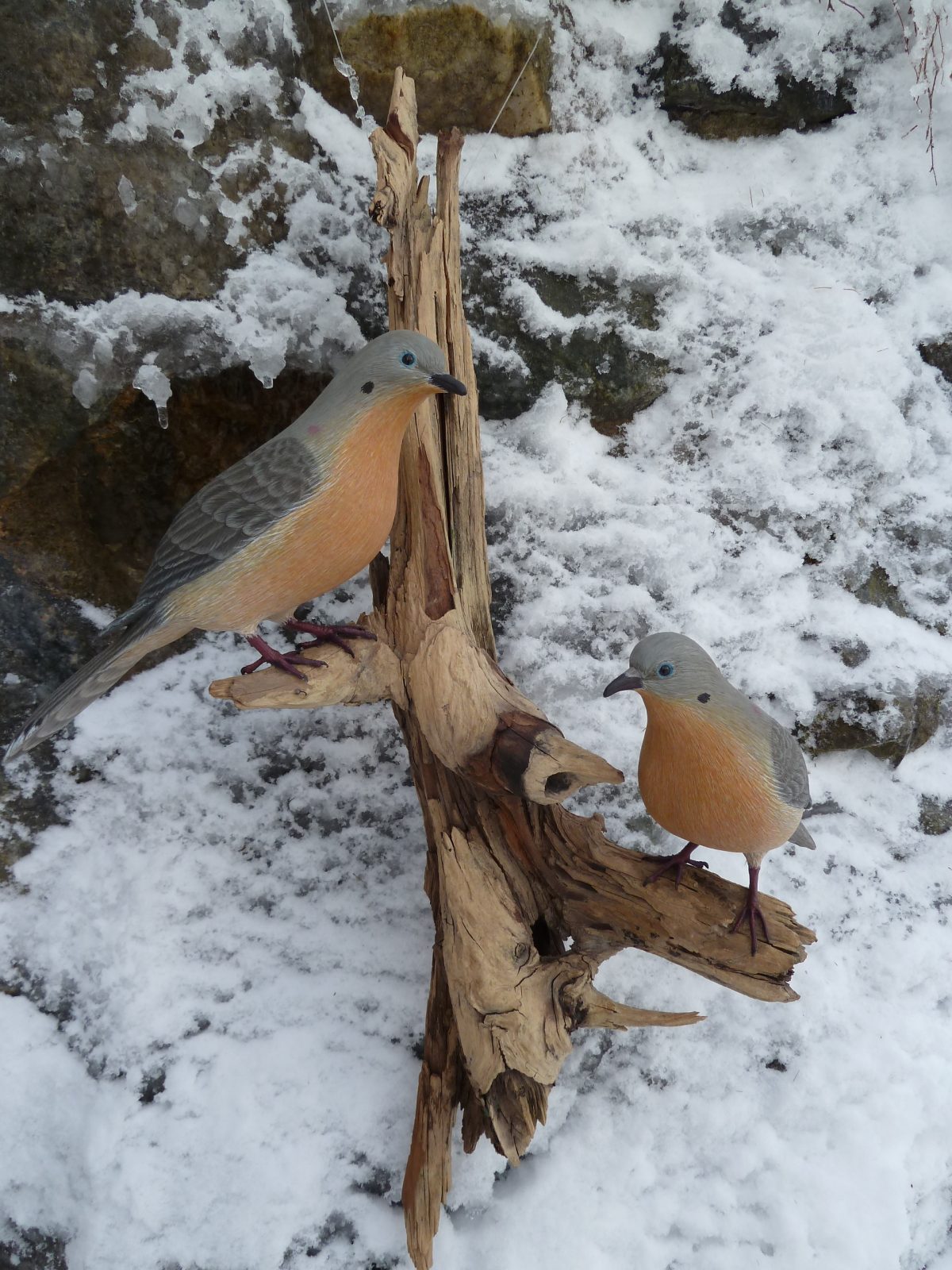 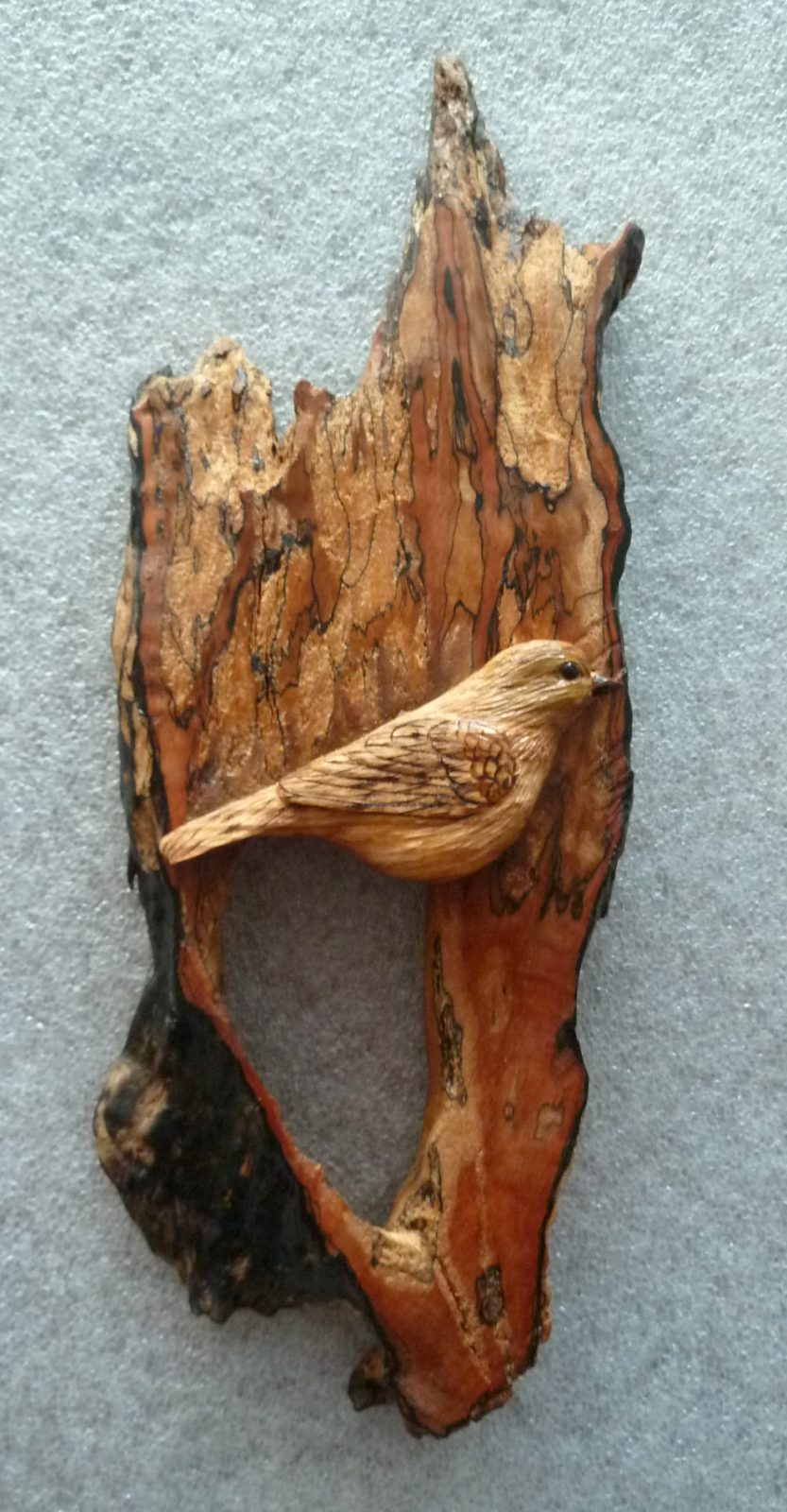 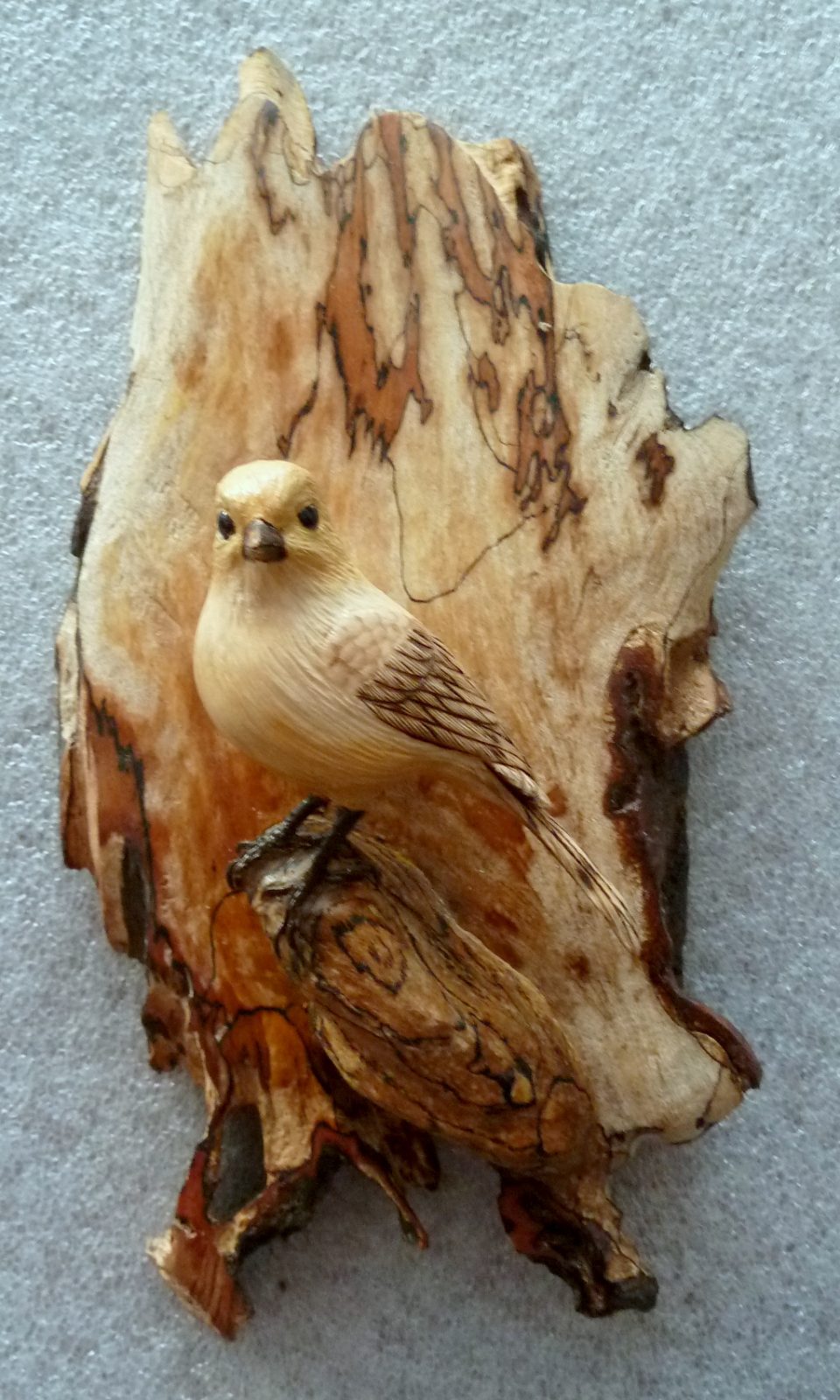 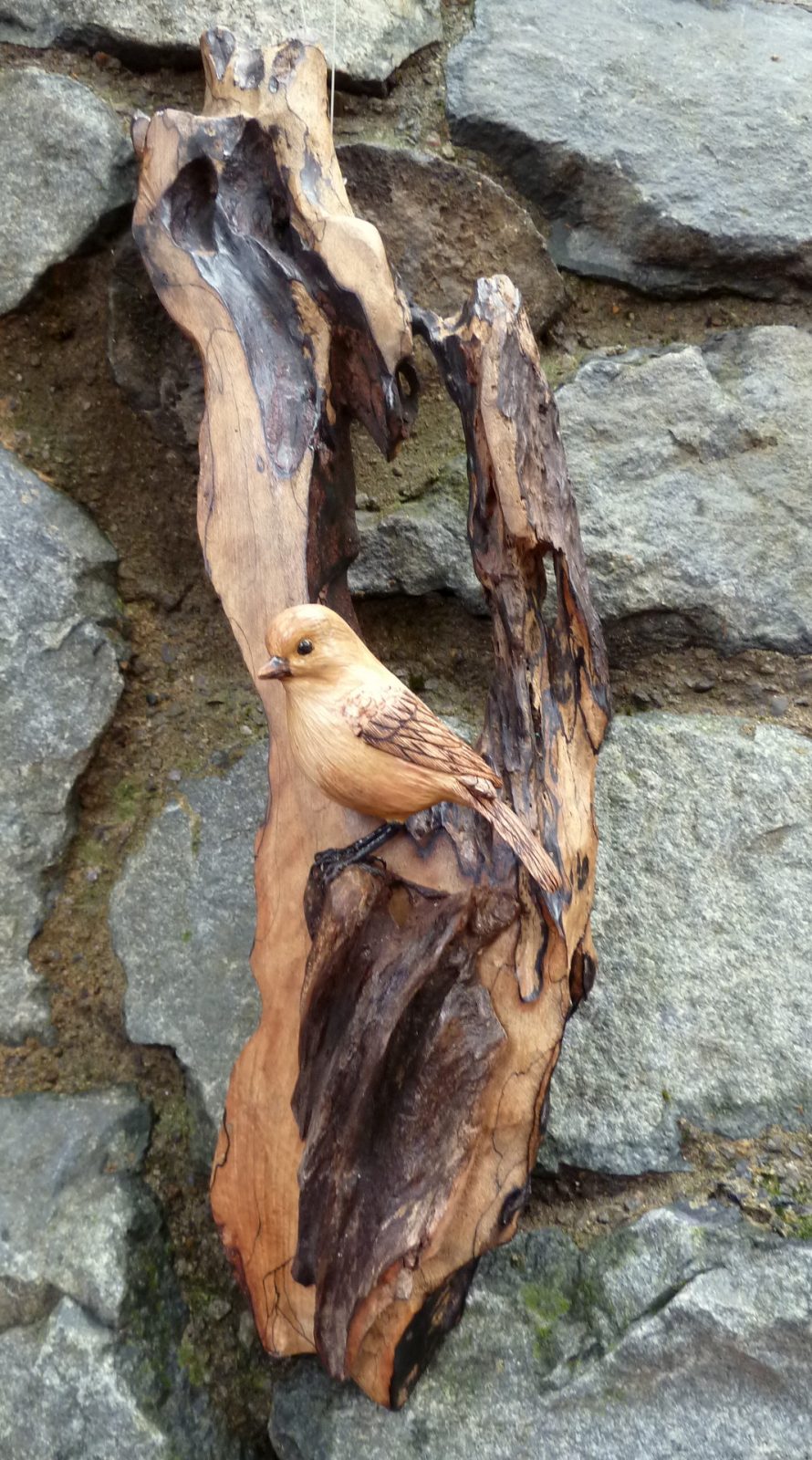 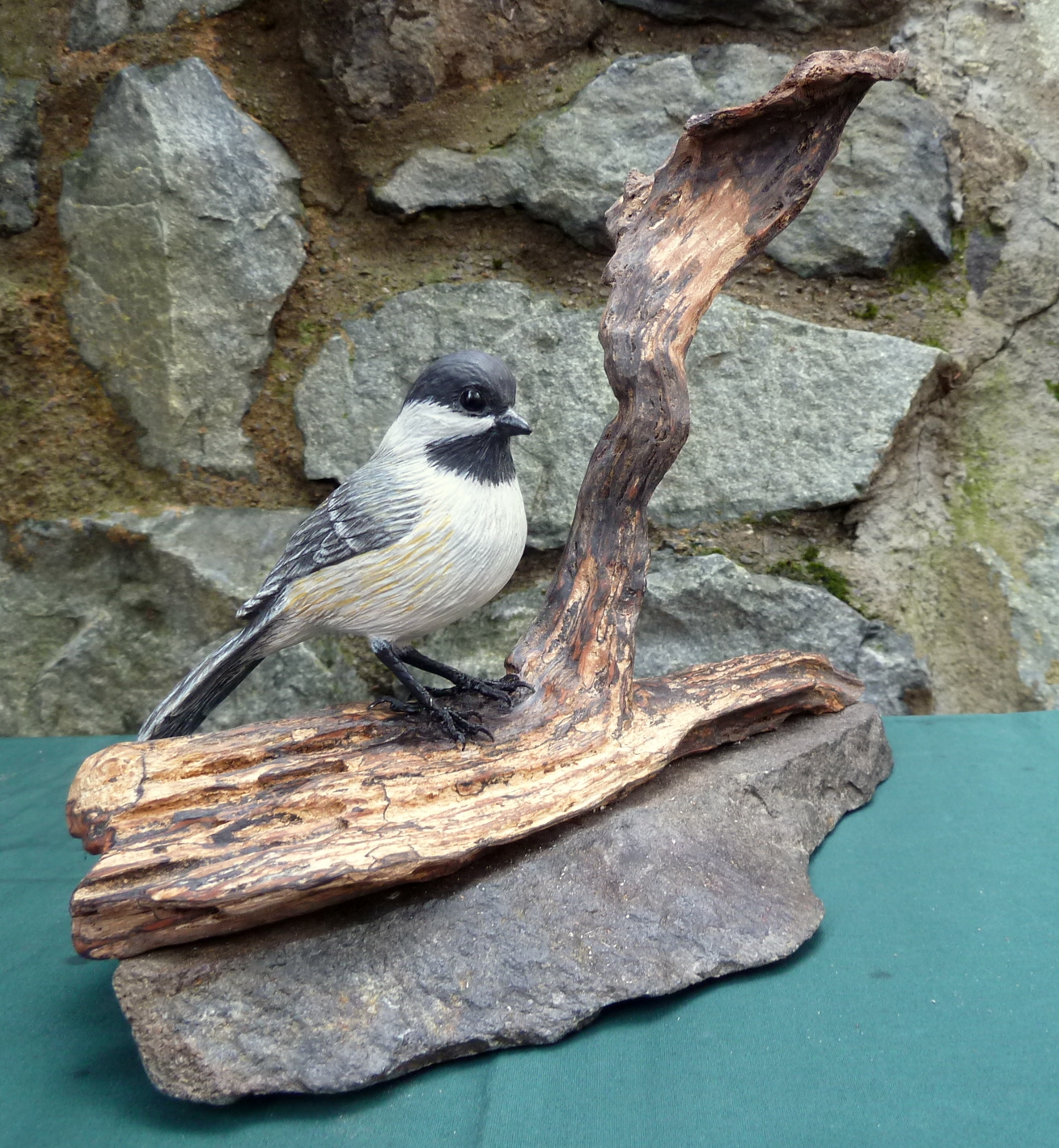 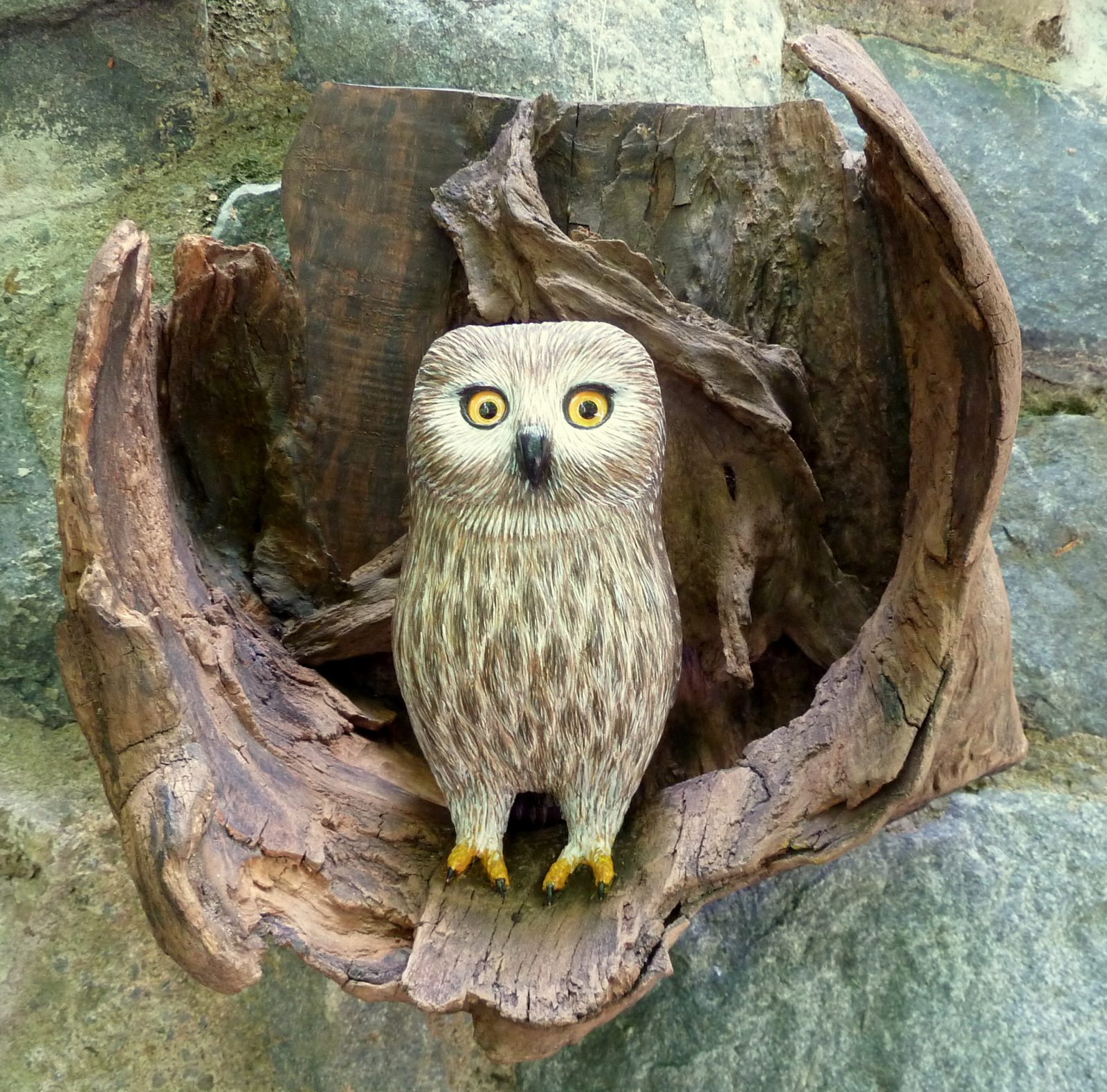